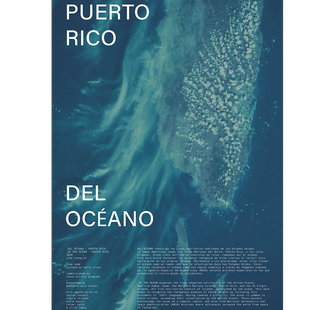 Join lone some participant Jane Chang Mi in conversation with artist Ulrik Lopez as they discuss isolation, sustainability, colonization, and islands of the ocean.

Featured on 25 independent public sites around the Bay Area, including Montalvo’s public park and the entry foyer of the San Jose Museum of Quilts & Textiles, lone some includes works by six artists responding to social isolation and loneliness in the ever-changing landscape of our urban areas, in this significant moment of COVID-19, shelter-in-place, and civic unrest. For more information, visit: montalvoarts.org/lonesome.

janecmi.com
Jane Chang Mi is an ocean engineer and an artist, assesses the post-colonial ocean environment through an interdisciplinary and research-based lens. She examines the narratives associated with the underwater landscape considering the past, present, and future. Mi most often focuses on the occupation and militarization of the Pacific Ocean by the United States as her livelihood would have reinforced the legacy of the American military complex. The ocean has always played a large role in her life; she has been an avid Scuba diver for over 25 years. She was the inaugural artist in residence at the World War II Valor in the Pacific National Monument, researching the pre-contact history of Pearl Harbor. Her work has been exhibited nationally and internationally, most recently at Te Uru Waitakere and ST Paul St Gallery in Aotearoa. She has been a scientist on the Arctic Circle Program, a recipient of the University of California Institute for Research in the Arts grant, and a fellow at the East West Center at the University of Hawai’i, Manoa. She is currently based out of Honolulu and Los Angeles, where she teaches at Scripps College.

ulriklopez.cargo.site
Ulrik Lopez was Born in Mexico City in 1989. Lives and works between Mexico City and San Juan, Puerto Rico. Acquires a Bachelors (BFA) degree in Sculpture and a minor degree in Industrial Design in 2013 by the Escuela de Artes Plásticas de Puerto Rico, and in 2012 takes part of SOMA Summer program in Mexico City. Is part of the independent program La Práctica in Beta-Local, Puerto Rico from 2013 to 2014. He has participated in residencies such as Artist Village, Warp- Contemporary Art Platform, Genk, Belgium, Frontground, Merida, Yucatan, ClockTower+Mana, Miami,USA, and most recently Flora ars+natura, Bogota, Colombia. López has exhibited in several galleries, museums and alternative spaces in Puerto Rico, Mexico, Spain, Colombia, United Kingdom and USA. His most recent shows include Never Spoken Again, MSU Board Museum, Us, Sharjah Biennale 14: Leaving the Eco Chamber, Sharjah, ¡¡¡!!! in Galería Agustina Ferreyra, Mexico City.