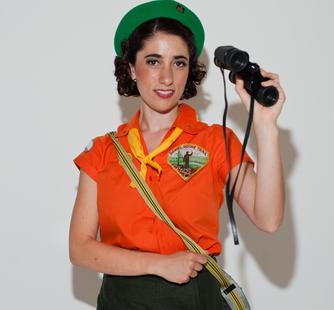 A presence on the Bay Area’s classical, bluegrass, and creative music stages, Alisa Rose has performed with diverse artists including including with the Keisa Duo at Carnegie Hall, with A.J. Roach and the Strange Pilgrims on PBS’s Song of the Mountains, at TEDx Alcatraz with Bob Weir, and with Quartet San Francisco on NPR’s Weekend Edition, and with the bluegrass band 49 Special at the 2009 Rockygrass Festival where they took first prize in the band competition in 2008.  Alisa was a member of Quartet San Francisco from 2008 – 2012 who were nominated for a Grammy in 2009.  Alisa received her Bachelor’s and Master’s degrees in Chamber Music from the San Francisco Conservatory of Music where she studied with Camilla Wicks and Bettina Mussumeli. Other performance highlights include appearances with Martha Katz, Bauhaus, Michelle Shocked, Anais Mitchell, Ana Egge, and Josh Ritter. Alisa has arranged or composed pieces for Quartet San Francisco, the Clubfoot Orchestra, 49 Special, and Strings Letter Publishing. Alisa teaches young violinists at the SF Friend’s School and the San Francisco Conservatory of Music preparatory department.