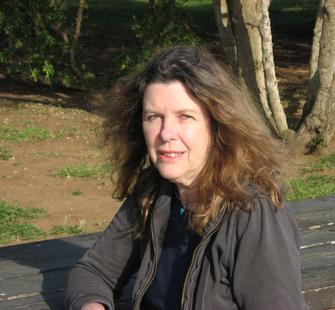 Ariel Swartley grew up in Boston and received her B.A. and M.A. in English and Medieval Studies at the University of Pennsylvania. While working at Harvard, she began writing rock and roll criticism for the Boston Phoenix-one of few women to do so at the time. She became a regular contributor to Rolling Stone and the Village Voice, covering the rise of Joni Mitchell, Prince, the Clash, and Bruce Springsteen. Her essay on the latter in the Greil Marcus-edited collection, Stranded, has been used as a text to teach music writing at Juilliard. Fascination with larger issues of pop culture led to an innovative culinary history column for the Phoenix. A move to New York led to profiles of Lou Reed and filmmaker John Sayles for Mother Jones, and early critical consideration of novelists William Gibson and Tony Hillerman. She also continued as a pop music commentator for NPR's weekend edition.

Swartley moved to Los Angeles two decades ago. She continues to investigate the effects of art on culture, writing on the Festival of Sacred Music, MOCA's Superflat exhibition, and Chicano radio (for New York Times Sunday Arts and Leisure) and desert ecology and literature (for L.A.Weekly and Boston Globe). A contributing writer at Los Angeles magazine since 2001, she writes a bi-monthly books column and has kick-boxed (for a profile of John Cusack) and toured landfills (for a story onradical geography at the Center for Land Use Interpretation.) A member of the innaugural group of USC's Getty-Annenberg Fellows in Arts Journalism, she has contributed essays to The Misread City: New Literary Los Angeles, The Rolling Stone Encyclopedia of Women and Rock, and writes on garden history and architecture for the Los Angeles Times.