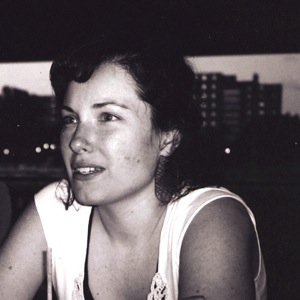 Cat Mazza is an artist whose work combines craft with digital media to explore the overlaps between textiles, technology and labor. Mazza is a 2007 Rockefeller Media Arts fellow and a 2008 Creative Capital grantee in Film/Video. Recent work exhibits in She Will Always Be Younger Than Us with Judy Chicago in Thread highlighting contemporary artists working with fiber and feminist concepts at the Art Gallery of Calgary and the Textile Museum of Canada . She has also showed at the Triennale di Milano ( Milan , Italy ), the Museum of Arts and Design ( New York City ), Garanti Gallery ( Istanbul , Turkey ) and new media festivals Futuresonic ( Manchester UK ), FILE (São Paulo, Brazil) and Ars Electronica (Linz, Austria) where her work received a 2005 "Digital Communities" award. She has spoken about her work at multiple venues including the School of the Art Institute of Chicago, the New Museum , the New School for Social Research and Harvard University . Mazza’s work has been written about in the New York Times, Modern Painters, and several books including KnitKnit: Profiles and Projects of Knittings New Wave, Worldchanging: A User's Guide for the 21st Century and Preble's Artforms. Mazza lives in Providence , Rhode Island and is Assistant Professor of Art at UMass, Boston .