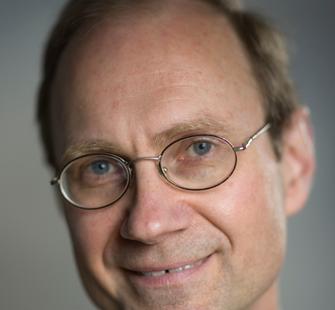 The music of David Evan Thomas has been praised for its eloquence, power and craft. A recipient of an Award in Music from the American Academy of Arts and Letters, two McKnight Foundation Fellowships (2013, 1992) and the Möller-A.G.O. Award in Choral Composition, Thomas has received commissions from the Minnesota Orchestra, the Saint Paul Chamber Orchestra, The Schubert Club, the American Composers Forum and the American Guild of Organists.  He has twice been a resident artist at both Wyoming’s Ucross and Brush Creek Arts Foundations.

Born in Rochester, New York in 1958, David Evan Thomas received degrees from Northwestern University, Eastman School of Music and the University of Minnesota.  His teachers included Dominick Argento, Samuel Adler and Alan Stout, with further study at the Aspen Festival and with David Diamond at the Atlantic Center for the Arts.

Thomas lives in Minneapolis, where he is also active as a program annotator, choral singer and pianist. More: www.davidevanthomas.com. (214 words)