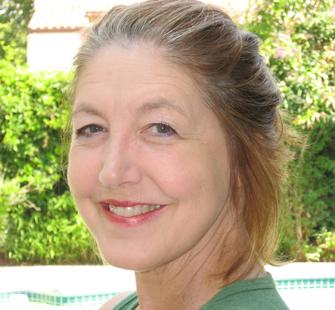 Della Davidson has been Principal Choreographer and Artistic Director of the Della Davidson Dance Theater for over 20 years, and is the creator of some 40 choreographic and theatrical works that have been commissioned and performed by companies in California, New York, London and throughout the world. Currently, Davidson is a Professor of Dance and Physical Theater at UC Davis, and Artistic Director of Sideshow Physical Theater, the resident professional company of the Mondavi Center for the Performing Arts. Davidson was named a Chancellor’s Fellow at UC Davis in 2003 for her contributions to the profession, and she has been the recipient of numerous other grants and awards, including an Isadora Duncan Award (Izzy) for Choreography; a Bonnie Bird North American Choreographer’s Award; two residencies at the Sundance Institute;  a Gerbode Fellowship; a Rockefeller Multi-Arts Production Grant; an Irvine Foundation Creation to Performance Grant; and many years of National Endowment for the Arts support.

Davidson’s critically acclaimed Night Story, which is based on the short story Wicked Girl by Isabel Allende, was filmed and broadcast on public television, and won an international CINE Golden Eagle Film and Video Award in 1996. Her most recent work Collapse (suddenly falling down), produced by the Mondavi Center for the Performing Arts in 2007, is a multi-disciplinary work for 3 actors and 6 dancers that was inspired by the book by Jared Diamond and combines original text, movement, and music with 3D images, motion capture technology, and videography. Davidson’s highly popular 1982 work, The P.M. Dream, based on the poems of Anne Sexton, will be revived for the fourth time and performed by the Sacramento Theatre Company in September 2008.