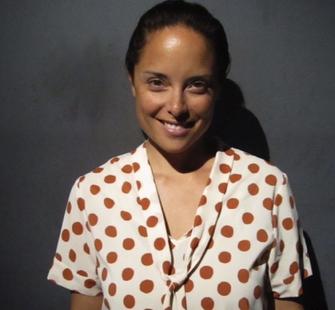 Elyse Pignolet was born in Oakland, California in 1979.  She attended California State University, San Francisco, and in 2001, lived and studied in Madrid and Barcelona, Spain.  In 2007, Pignolet received a BFA in Ceramics from Cal State Long Beach.  Her studies included an intensive ceramics tour through Mainland China and Korea in 2007. She was awarded a CSULB Travel Scholarship for Art in 2008 and, traveled to Portugal to study traditional Portuguese tile making. Pignolet currently lives and works in Los Angeles, California.

Pignolet works primarily in ceramics, with a focus on social issues, urban themes, and topics from contemporary news articles.  Her works demonstrate a contrast between the permanence of traditional ceramics and the fleeting, transitory nature of the contemporary world.  For example, Pignolet has created several bodies of work that place the extensive history of ceramics in contrast with the temporary nature of graffiti as a starting point to make hand-built sculptures that draw from the traditional calligraphies of various cultures, combined with the lettering of contemporary urban writing.  Other artistic projects and drawings reference the world around us, dealing with formal concerns of art while blurring the line between figuration and abstraction. Her drawings begin with the deconstruction of city grids, maps, architectural plans, which are reorganized in multilayered semi-abstract compositions. These drawings attempt to process the many layers of information observed in her contemporary environment compressing time, space, and place.

Pignolet’s works have been featured in several publications including the LA Weekly, Juxtapoz Magazine, and the Los Angeles Times.