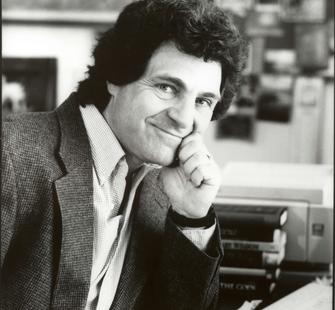 Eric Booth began his career as an actor.  He performed in the theater for over 20 years which included acting in six plays on Broadway, dozens of plays off-Broadway and at leading regional theaters around the country. He has performed many times on television, directed five productions and produced two plays in New York.

Following his acting career, Eric Booth launched an active and ongoing career as a teacher. He has held positions teaching theater at Stanford University and at New York University, and he has lectured, led workshops, and been a visiting scholar at over 30 universities across the country and at over 60 cultural institutions and schools. He began to teach for Lincoln Center Institute in 1980. In 1993 he was hired as the Founding Director of the Teacher Center for its newly formed Leonard Bernstein Center. Booth co-designed and taught the Arts and Education program at the Juilliard School and led the Morse Fellowship program there from 1994-2000 (considered a national model for teaching artist training).  He is the Artistic Director of the new Mentor Program at Juilliard. He is on the faculty of and a consultant for The Kennedy Center, Lincoln Center Institute and Tanglewood.  Booth has taught groups of every age from pre-kindergarten through grad school and adult education. He is frequently described as one of America's most creative and effective teachers of the arts.

In addition to his acting and teaching careers Booth founded Alert Publishing, Inc. in 1985, and wrote three books on the lifestyles and trends of American people. He became a major figure in trend analysis, frequently quoted by and interviewed in the major media.

Booth’s first book on the arts, The Everyday Work of Art appeared in October 1997, and was selected by The Book of the Month Club and The Quality Paperback Book Club.  The book won two publishing industry awards and he was awarded the Broadway Theatre Institute’s 1997 Award of Excellence for contributions to education in the arts. While in residence, Booth is working on a sequel to The Everyday Work of Art, currently titled The Everyday Play of Teaching.