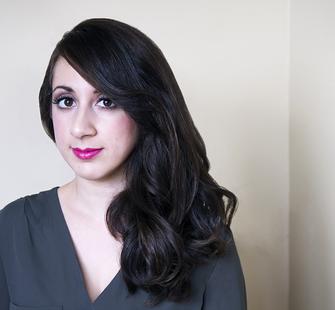 MARY KOUYOUMDJIAN (b. 1983) is dedicated to composing music that pushes the boundaries of expectation and musical tradition. As a first generation Armenian-American and having come from a family directly affected by the Lebanese Civil War and Armenian Genocide, she uses a sonic pallet that draws on her heritage, interest in folk music, and background in experimental composition to progressively blend the old with the new.

With compositions ranging from concert works to multimedia collaborations and film scores, Kouyoumdjian has received commissions from Kronos Quartet as the recipient of their Under 30 Project, Carnegie Hall’s Weill Music Institute, the American Composers Forum/JFund for her piece Dzov Yerku Kooynov [Sea of Two Colors], REDSHIFT, the Los Angeles New Music Ensemble, the Nouveau Classical Project, Friction Quartet, Experiments in Opera, and Ensemble Oktoplus. Kouyoumdjian works as a composer, orchestrator, and music editor for film, most notably as the orchestrator for The Place Beyond the Pines (Focus Features). Currently based in Brooklyn, New York, Kouyoumdjian also actively promotes the growth of new music in her native state of California.

Holding a B.A. in Music Composition from the University of California, San Diego and an M.A. in Scoring for Film & Multimedia from New York University, Kouyoumdjian has studied contemporary composition with Chaya Czernowin, Steven Kazuo Takasugi, and Chinary Ung; new music performance with Steve Schick; and modern jazz with Anthony Davis.

Kouyoumdjian is also a co-founder and the executive director of the New York-based contemporary music ensemble Hotel Elefant. www.marykouyoumdjian.com/www.hotelelefant.org