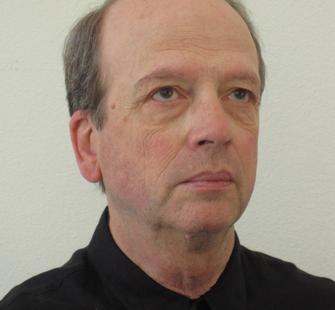 Morgan Fisher is a filmmaker and visual artist working mostly in painting. His films have shown at the New York, Rotterdam, and Berlin Film Festivals. A retrospective of his films was at Tate Modern, The Whitney Museum of American Art, and the Museum of Contemporary Art (MoCA), Los Angeles. He exhibited paintings at Galerie Daniel Buchholz, Cologne, in 2007 and in 2008 at Art Unlimited at Art Basel and at China Art Objects Galleries, Los Angeles. His most recent show was an architectural installation at Portikus in Frankfurt. He was in the 1985 and 2004 Whitney Biennials. He is the recipient of two grants from the National Endowment for the Arts and a Guggenheim Fellowship. In 2007 he had a residency at IASPIS (International Artists Studio Program in Sweden). His work is in private collections in the United States and Europe, and in the permanent collections of the Centre Georges Pompidou, the Moderna Museet, the Museum of Modern Art, New York, The Whitney, and MoCA. While at Montalvo he will prepare some writings for a book.