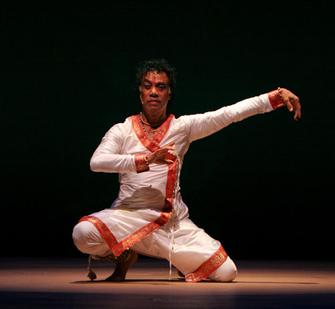 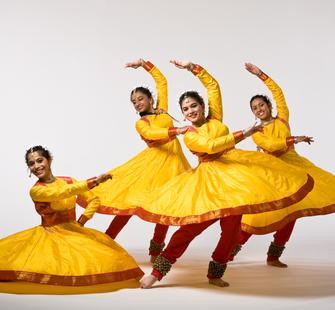 Born in Calcutta, India in 1944, Pandit Das, who is based in both San Francisco and Kolkata, India, is a leading master of the Kathak tradition – the classical dance of North India that combines storytelling and abstract dance. Trained from the age of nine by his guru, Pandit Ram Narayan Misra, Pandit Das was schooled in both of the major Kathak traditions. As a youth, he was surrounded by some of India’s greatest artists and thinkers of the time. His parents, Prahlad Das and Nilima Das, both of whom were dancers, founded and directed Nritya Bharati, one of India’s leading performing arts institutions. The institution closed in the 1990’s. In 2002 Pandit Das re-established Nritya Bharati in Kolkata. The institution now offers weekly classes and presents annual professional and school productions.

In 1970 Pandit Das came to the United States on a Whitney Fellowship to teach at the University of Maryland. A year later he was invited by well-known Indian musician Ustad Ali Akbar Khan to teach Kathak at the Ali Khan College of Music in San Rafael. In 1979, in an attempt to further his work in Kathak, Pandit Das founded a dance company called Chitresh Das Dance Company & Chhandam School of Kathak. Based in San Francisco, the group strives to preserve, promote and teach Kathak dance and Indian Culture. Nearly 30 years after its creation, the Chitresh Dance Comapany is one of the premier Indian classical dance companies and the largest Kathak institute in North America.

While Pandit Das and the Chitresh Dance Company remain committed to preserving the traditions of Kathak, they are also interested in exploring the boundaries of Kathak technique, often creating compelling new performances that are both inventive and deeply rooted in tradition. Among Pandit Das’s most notable contributions to Kathak dance is his creative technique called Kathak Yoga.

Pandit Das is one of six or seven master artists who are still performing the traditional Kathak solo. His many accomplishments include launching the first university accredited Kathak course in the United States at San Francisco State University; performing at the 2003 Indian national Kathak Festival in New Delhi; and two performances at the prestigious American Dance Festival in 2004 and 2006. He has also been featured on the BBC series “Eighty Treasures Around the World” and the PBS series “Indians in America.”

Pandit Das has received numerous awards, including grants from the Olympic Arts Festival, the National Endowment for the Arts, National Dance Project, the California Arts Council, and the Rockefeller Foundation among others.